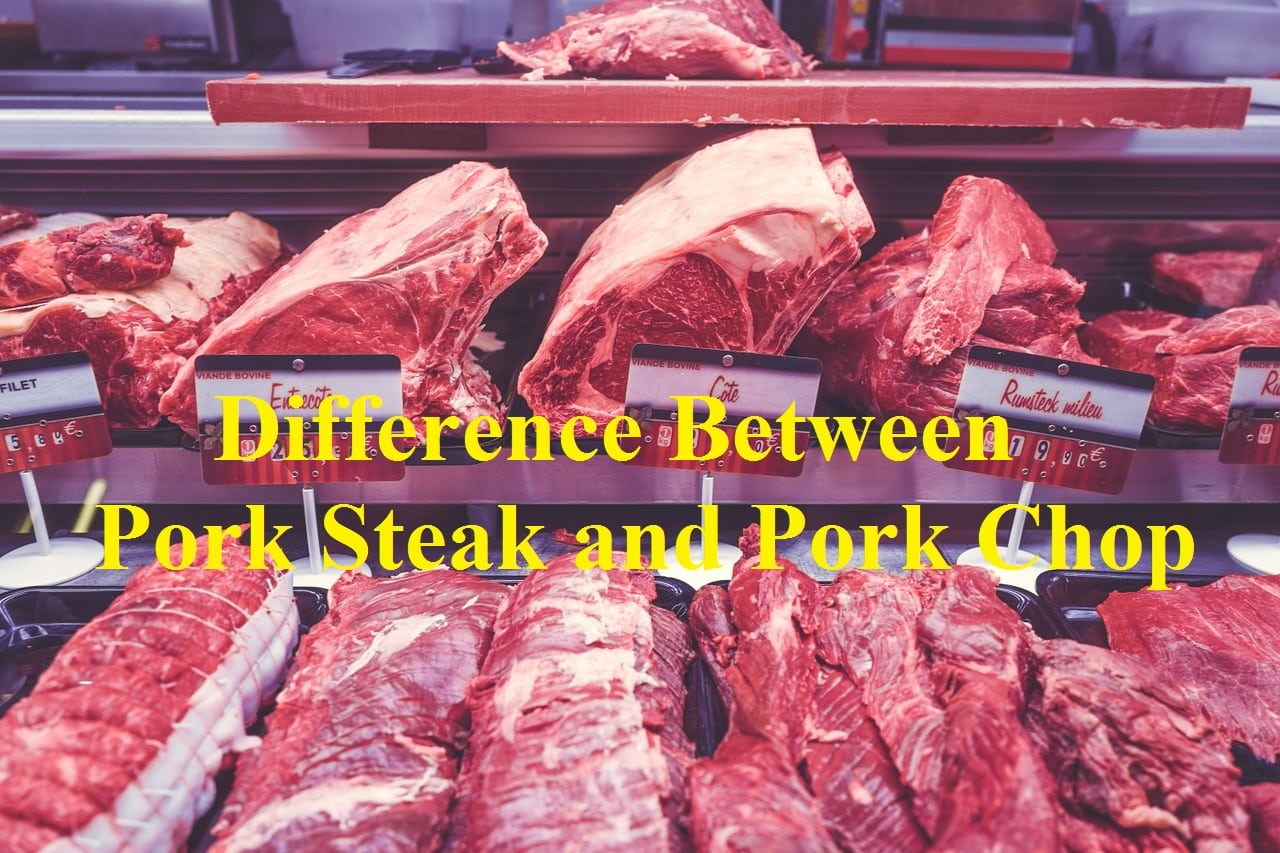 If you are now confused by choosing between pork steak vs pork chop, we suggest you should be concerned about the contents related to them, especially their difference. Why? Because this is the content that will help you make a quick and right decision on this purchase.

Now we will move on to the most interesting part of this post. Fundamentally, there are three different factors to distinguish these two kinds of pork.

In terms of pork steak types vs pork chop, pork chop has more varieties than pork steak does. Pork steaks belong to the pig’s shoulder, chopped from the primal meat. For the pork chops, they are mainly extracted from four certain parts of a pig, namely the ribs chops, loin chops, blade chops, and boneless chops.

Pork steak is somewhat leaner than pork chop, and in many cases, boneless. One vital feature of pork steak you should pay attention to is that its amount of fat is much higher; therefore, you will need more time to cook it well. And if you have a careful look at the pork steak, which has more bones than meat, you will find out it will likely look like the meat having the shape of letter T.

The pork chop is exactly cut from the loin, which is taken upright to the pig’s spine. In other words, its cut starts from the shoulder to the hip of the pig. Besides, pork chop usually has a little tenderloin.

Now we will learn more about the details of four sorts of pork chop. The first type of this pork is the rib chop. This kind of pork is now very popular, which is cut from the pig’s shoulder to the loin’s center. For illustration, you can see the figure of many raw pork rib chops in the picture below.

The rib chops’ characteristics contain more fats and connective tissues than the other chops extracted from the pig’s shoulder. What is more, they possess a mild pork scent along with a delicate surface.

Another important sort is loin chops. They are also cut from the side and hip toward the spine of the pig. Nevertheless, in any case, these chops might possess some tenderloin on a specific part of the meat. Moreover, the loin chops usually have many bones (having the shape of letter T), a mild flavor, and high leanness.

The third sort of pork chop is called the blade chops. If you wonder where they are extracted, the answer is from the pig’s shoulder. In fact, you could easily identify them because of their dark color. Plus, their components are mainly fats, added with connective tissues, and few blade bones.

The last type of pork chop we can not ignore is the boneless chop. It is usually cut towards the side meat and above the side chops. As you can see in the picture above, the boneless chop looks absolutely lean.

So, do pork steaks and pork chops cook the same? Of course, the answer is no. As far as we are concerned, because pork steak has a high amount of collagen, professional chefs often cook it at a slower speed than the pork chop.

The best solution for you is to stew over this pork or use barbecue sauce to simmer it to cook a good meal. You may also grill it on a gas stove.

When coming to cooking the pork chop, in fact, there are several ways for you to select. Above all, we suggest you should roast, sear, broil, or grill them so that you could have an appetizing taste.

The last factor in the difference between pork steak vs pork chop is the price. Particularly, pork steak is often sold at a lower cost since it’s frequently available on the market. In contrast, pork chop is rather rare; thus, it comes with a higher price.

What Should You Choose Better?

After reading the content about the difference between the pork steak vs pork chop, you may still be perplexed by this purchase, right? Do not worry about that because we will give you sincere advice about which pork to buy.

For example, if you are into grilling, especially grilling slices of meat with a large amount of fat, pork steak will be your best option because it contains much more fat than other meats. It does mean that some sorts of pork chops, such as loin chops, have a smaller amount of fat than pork steaks.

Additionally, it is essential that you think of the pork’s price tag which you are going to buy. As we mentioned earlier, pork steak usually goes at a cheap cost. Hence, if you are on a tight budget, you could opt for this kind of meat.

At last, please take note that pork chop can not frequently be readily available for you to purchase, which results in its higher cost. In general, it is common knowledge that both types of pork are extracted from different sections of the pig, which leads to separated cooking times.

Phew! Finally, this long but straightforward article about pork steak vs pork chop has ended. Now you did totally embrace the difference between the pork chop and pork steak, didn’t you? If the answer is yes, we believe you could reward yourself with a tasty cut of meat that will satisfy your taste.

Above all, the final decision on this purchase is absolutely up to you! However, the pork’s quality and price are always two crucial factors you should consider first. Anyway, we all hope that you could get your desired meat!

Thank you very much for your reading!

Products recommended in the post contain affiliate links. If you purchase something through our posts, we may receive a commission at no extra charge to you. 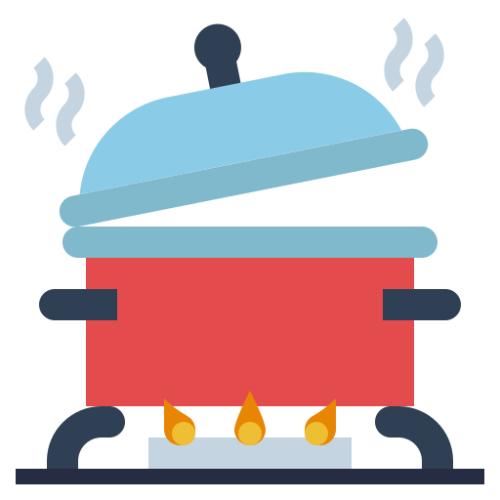 BrooklynGrill Team
We are a team of grilling experts that try out the various grilling tools and accessories in The Brooklyn Grill restaurant to help you decide the most suitable for your needs. The team is also committed to providing you with grilling tips and guides, as well as the tastiest grill recipes.

Traeger vs Z Grills: Whose pellet grills are better?

Quick and easy recipe for grill salmon in foil

Grilling advise and recipes for grills.